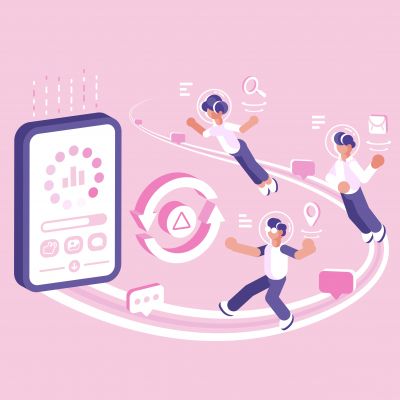 Did you know that the tech devices in your home aren't yours? You are merely 'renting' them. Sure, you can take them wherever you want, and do as you please, but they aren't 100% yours. Go back two decades, and they would have been, but the entire tech industry tries to take control of every device they sell.

In this article, we will take a look at planned obsolescence, and how it enriches a few but has a devastating effect on consumer finances and the environment.

We want to mention that we have nothing against Apple or other big tech brands. We have built a business around refurbishing their products, and therefore owe some of our success to them. Please don't take any of our statements in this article as bias. We believe that planned obsolescence is an important topic, and will back up key points with evidence.

My parents bought a colour tv the year I was born. We used that same tv until I left home at the age of 18. My parents would often brag about how long they owned it. The world's largest tech companies built their brands on releasing products which lasted for many years. A key question people asked when buying was "How long would it last?". Then tech brands began to ask: "Why make money just off the sale when you can exploit servicing, software, and eventually 'force' people into upgrading? Here are the techniques Apple and other tech companies use to 'force' people into upgrading.

1) Make it difficult for consumers to repair devices themselves

Apple was one of the first companies to eliminate removable batteries. The reason giving was that it allowed for a slimmer frame. However, it also ensures that the customer has to take it back to Apple whenever they want their battery changed. Consequently, this helps to increase revenue. If you replace the battery using non-Apple authorised service locations, you void the warranty.

There have been reports that Apple inflates the cost of replacing screens, batteries, and so forth to encourage consumers to upgrade. As per Apple's iPhone service pricing page, fixing an iPhone 5s (released in 2013) can cost £266.44. You can buy a refurbished later-release iPhone for less than that. If it sounds silly, that is because it is designed to be so. Apple even crafts their smartphones to be challenging for the average person to fix. And each year it gets more complicated. This is because easily fixable iPhones affects their revenue figures. The aim is for you to buy a new iPhone every 1-2 years.

Other tech brands have followed suit to 'lock' down their devices. Since their devices aren't as popular, it can be challenging to find service providers willing to work on them. As a result, there is greater motivation to upgrade.

There was a long running joke that iPhones get slower just as a new iPhone is about to be launched. However, it turned out that this was actually fact. Apple admitted to slowing down older iPhones through software updates. The official explanation is that they do this to limit the effects of an ageing battery. Interestingly, users were never given a choice as to whether they would like their phone slowed down to conserve battery. This is a feature many flagship Android smartphones have.

Another way Apple tries to make older devices useless is by limiting the apps they can download. Popular apps are made to work with the latest iOS devices, even if older devices can handle them. Consumers get frustrated with the limited functionality of their devices and upgrade.

For instance, the Netflix app only works on the latest Apple devices; however, there is a workaround to making it work on older devices. I have an iPad 2, which I mainly use for getting recipes in the kitchen. I also have an iPad Pro, which is my work horse. When I searched for Netflix on the app store, I was notified that it was "incompatible".

I found an effective workaround. I selected "purchased' in the app store, found the app, which I had downloaded on my iPad Pro and then tapped on the cloud image. This technique also works if you login with an account which previously downloaded the app you want.

Interestingly, the Netflix app worked without any performance issues on my iPad 2. So why was I told that it was "incompatible". I have even seen the simplest of calculator apps refuse to work on older devices.

You should be able to use your devices until large jumps in innovation makes them obsolete.

Apple's 'walled garden' ensures that they have full control over pricing, hardware and competition. For example, neither Mac OS or iOS is open source. Therefore, developers can't innovate with the source code. On the other hand, you can change the features of any Android phone by downloading a ROM. For instance, Android Go brings the latest Android features to old smartphones.

Apple's argument has always been that a 'closed' system ensures that they can offer their customers the very best. On the other hand, it also means that they can make more money from each device they sell. For instance, Apple gets 30% of each sale from the app store. Accessory makers also pay to get the "Made for" iPhone, iPad or Mac logo on their products. Apple only sells parts to authorised service providers, and attempts to sue repairers who aren't 'authorised'. Naturally, being an authorised reseller or repairer of iProducts is very expensive.

On May 13th, 2019, the US Supreme Court ruled that a case challenging Apple's "monopolistic grip" over their app store can move forward. This is pivotal because if the case goes against Apple, it could significantly change how they do business.

In a landmark deal, Amazon agreed to remove listings from unauthorised resellers. Notably, several small businesses used Amazon as their primary way of selling refurbished Apple products. The official reason for this deal is that it helps eliminate counterfeits and ensure a better experience for Apple buyers. It is also a way to increase revenue. Consumers who primarily shop through Amazon will have little choice but to buy brand new tech at prices Apple controls.

Amazon is by far the world's largest e-commerce site, and have millions of cards on file. Therefore, it is simply more convenient for consumers to buy through the e-commerce giant.

5) Focus only on revenue

The world's biggest tech brands are masters of marketing. The Apple logo conjures up thoughts of quality and craftsmanship. Think of Samsung, and you imagine premium devices which last. However, we live in a world in which revenue figures, profits and market share matter a great deal. By law, tech brands are obligated to deliver shareholders the best bang for their buck. What is best for business isn't always best for consumers.

Each year Apple releases a new iPhone. And they do a fantastic job of marketing it as the best phone on the planet. They are experts at creating an intense desire among consumers. This frequency of releases ensures that Apple can add billions of dollars to their bottom line. According to research by Forbes, the iPhone XS Max offers Apple a profit margin of almost 200%. Plus, for every iPhone sold, Apple can make more money down the road due to subscriptions, app sales, servicing, and so forth.

Whether you are an Apple fan or not, the fact is that they drive culture. Arguably, they lead the tech market concerning innovation. They aren't always the first to introduce new features; however, they integrate them seamlessly into their products. For instance, they weren't the first to make touchscreen smartphones, but were the first to make a user interface which complemented the technology 'perfectly'.

Notably, Apple's release schedule drives consumerism and waste. Fans feel inclined to have the very best due to Apple's marketing. Therefore, it has become culturally acceptable for one to buy smartphones regularly; however, we rarely think of environmental implications.

Hyper-consumerism doesn't just affect our wallets. Here at Plunc, we are passionate about refurbishing unwanted electronics and reselling them.

Unfortunately, millions of tonnes of e-waste end up in landfills each year. We produce electronic waste at such a staggering rate that we have run out of places to keep them. Ghana is home to the biggest e-waste dump in the world. Children spend their days sorting through the rubbish looking for items to sell. In many cases, wires get burned to reveal the copper underneath. The gases released can have a long term effect on their eyesight.

In the West, we like to romanticise the idea of sending unwanted items to developing countries. A majority of the devices sent are unusable; therefore, we only pass on the problem. As consumption increases, the demand for mining also increases. And more often than not, slaves and children are used to mine the metals used in devices. We burn fossil fuels to transport the millions of electronic devices sold in the UK each year.

We need to invest more on a national scale into tackling this environmental issue. Notably, the government have taken steps to reach a circular economy. There is an opportunity to add tens of billions to the economy while adding new jobs.

In conclusion, we love using the latest tech products; however, we also like them to last. You should be able to enjoy your device to the fullest potential. It shouldn’t get slower or lose functionality due to a software update. The more devices we can keep in circulation, the more we keep out of landfill sites.

To recap, we covered the different planned obsolescence techniques used by tech companies, and the effects this has on consumers and the environment.